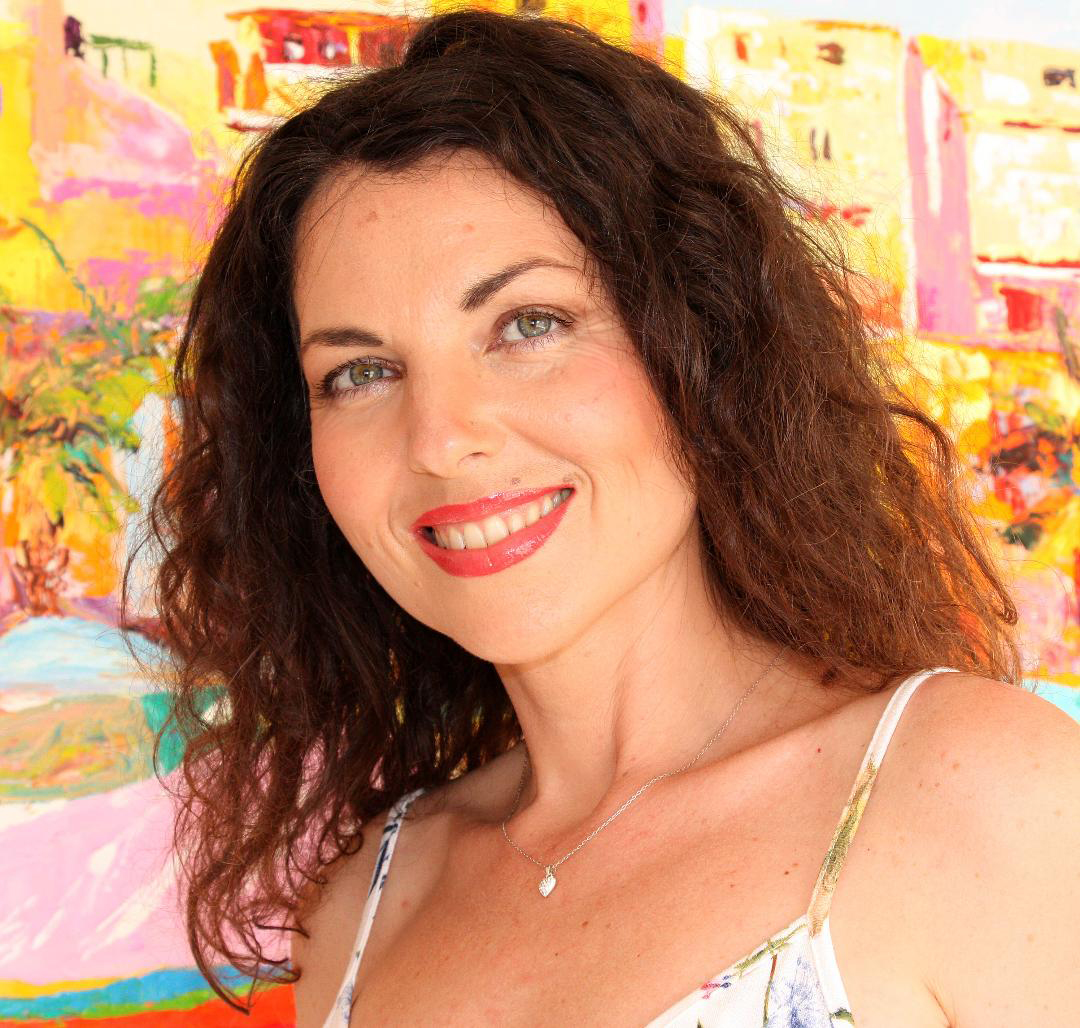 Vania Goshe was born in 1976 and grew up in Chirpan S E Bulgaria where she showed an early interest in and talent for Art.   She furthered her studies at the New Bulgarian University in Sofia graduating in Cinema, Television and Advertising.  At the same time she was actively pursuing her artistic interests by attending classes in drawing and painting. After  leaving university she worked as a videographer in television  and as a cameraperson for international film  companies. In her spare time she began to take part in joint and solo art exhibitions and accepting commissions.

Since settling in Malta in 2008 she has been working as a freelance artist undertaking commissions and participating in numerous exhibitions, local festivals and events.

Working in a variety of mediums she likes to achieve harmony in contrasts by blending realism with abstract, which makes her art unique.

Her mission is  to help viewers/spectators to  escape for a few moments  from some of the bleak realities of life,  to lift their spirits and to instill a sense of optimism by portraying harmonious and colourful compositions  to accentuate the positive through the  use of colour and aesthetically pleasing arrangements of shapes and forms.

She finds inspiration in many aspects of Maltese life and culture with the wealth and variety of traditions and activities.  The predominance of the Mediterranean sun on the sea and  limestone  architecture at different times of day came as an unexpected revelation to her having grown up in the extremes of a continental climate and  since coming to live in Malta has given a new dimension to her work.

Vania has had 14 Solo Exhibitions in Bulgaria and Malta and has participated in over 80 group exhibitions and events.

She also won an Honorable Mention in the 7th National Exhibition and  Competition of Malta Society of Arts 2008.