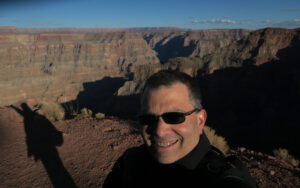 In recent years, he covered the South-East Asia tsunami tragedy, the refugee crisis during the war in Kosovo, issues related to the Millennium Development Goals (with a particular emphasis on HIV/AIDS) in various parts of Africa, the earthquake in L’Aquila, Italy, the war in Libya, the Costa Concordia disaster and several other national and international assignments.

His work for Reuters has been published in newspapers, magazines, books and online worldwide, and has featured in publications such as TIME, Newsweek, The New York Times, The Sunday Times, The Guardian, Paris Match, Der Spiegel and others. He holds a Masters Degree with Distinction in Photojournalism and Documentary Photography from the University of the Arts, London.

In late 2014, he published his book ‘Isle Landers’, covering a decade’s work on irregular immigration and asylum seekers in the Mediterranean. He has exhibited the work from that collection in the national arts centre in Malta; at the Photoville festival in New York City, USA; at Duke University in Durham, North Carolina, USA; at the University of Foreign Studies in Tokyo, Japan; at the Council of Europe in Strasbourg, France; at the Visa Pour l’Image Festival of Photojournalism in Perpignan, France; at the Photo de Mer festival in Vannes, France; at the Centre Culturel de Rencontre Abbaye de Neumünster, Luxembourg; and at the Ballarat International Foto Biennale in Ballarat, Australia. For further information, go to www.islelanders.com

In 2015, he published a book ‘Off the Job’, showcasing iPhone pictures he’d taken in between assignments or on vacation.

He has been invited to speak about his work and experiences regarding migration in Malta, the UK, Belgium, Italy, Japan, the USA and Australia.

Some of his works form part of the permanent collection at the National Museum of Fine Arts in Malta and the Human Rights Archive at the David M. Rubenstein Rare Book & Manuscript Library of Duke University, North Carolina U.S.A. , as well as in private collections in different countries.